Journalism and reporting takes on many shades of yellow. Even when telling stories around the campfire, some can spin better yarns than others. The competition to create a darker and darker story seems endless. Many think they are ‘telling the truth’ when it is usually they are simply telling their versions or ‘side of the story’. Imagine an investigator trying to solve a crime, or an arbitrator attempting to get the ‘facts’ straight. What a puzzle!

I know one investigator who says the first rule of investigation is that everybody lies. Indeed it is so. The words we use and their personally attached interpretations, meanings and anchors often seriously complicate our ability to lift the fog of our misunderstandings.
Let’s examine one of my favorite misinterpretation quagmires which got my attention some time ago.
So a little background first. A long time ago there were crusaders. Crusaders sure sound like good guys, but are they? Depends on what the cause is and what you believe is the right way to handle it. Near the crusaders were reformers who were surely trying to bring knowledge to those they perceived were in need of enlightenment.

Who is the Good Guy?

Fast forward to the old western movies and there were the good guys and the bad guys. Good guys wore white hats and, of course bad guys wore black hats. What could be easier. Now we can tell them apart.
Subsequently there were freedom fighters. Freedom fighter sure sounds like a good guys, however again it is a matter of how you color the views and actions of the players.
From freedom fighters we go to subversives. Hmm. Who are they and are they good or bad? Who knows? Being a subversive sure sounds like the dark side, but again it is a matter of attached meanings for each of us.
So we go to the wars of Central America and there were always rebels fighting the in-power governments. Good or bad again depends on your personal news feed about the participants.
Next there came a point where the word rebels turned into revolutionaries and then they all became insurgents. Insurgents – Nobody knew what it meant, but it sure sounded threatening. Now we can attach huge fear and unknown to a word that people will not take the time to look up or understand. Simply being scared and afraid seemed to be real popular.
Then came the rampant overuse of the word terrorist. Followed by the incessant need to make everything a terrorist attack. Everything from a carjacking, to a bank robbery, to a kidnapping now became a terrorist attack with all the added penalties and the near heart attacks for all involved.
It is time to enhance our vocabulary, increase our education, and improve our communication capabilities. Make the thesaurus and dictionary part of the day. Look up that word when you are unsure. Increase your clarity of speech, expand your vocabulary and make the world a better place of us all. Thanks. 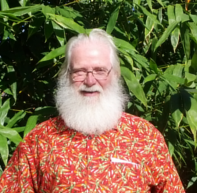 About The Author – Charley is an avid locator of those slightly odd and a bit different places, museums, shrines and viewports that give life a bit of extra flavor. He can be found about the web on his family site – charley.net, his home town blog – Atascadero.net, his social media guidance site – CharleyCarlin.com and at the most fun site on the internet StupidVacations.com

This entry was posted in News, World News and tagged Charley Carlin, News. Bookmark the permalink.